How Popular Are Startups in Europe

The European startup system started off later as compared to in the USA. As such, it is yet to develop to the heights of Silicon Valley and the likes which have undergone various developments ever since the 1930s. The venture capital industry is still budding with a lot of advancements coming in over time.

Some years ago, were you to ask someone to pinpoint some of the major tech companies in Europe, the chances were high that they would state names such as MySql and Skype, among a few others. That was then. In the past decade, an improvement in growth in the tech sector has been seen, with more companies coming up. These startups have in turn grown at remarkable rates, owing to the conducive business environment. Venture capitalists are coming up at rapid rates, and this coupled with the influence of business angles, has seen Europe’s startups increase.

European startups Vs. US startups

The kind of startup culture in Europe is entirely different from that in the US, and this has proven to be a benefit over time. When one thinks of the US and Europe, it is quite evident that they have their differences. For one, Europe’s economy has undergone a lot of advancements over time whereas the US economy came about long after Europe was stable. One may think of US as a startup as compared to Europe, thus pointing to why startups in the US come up at rapid rates. Where in the US the startups start fast and grow equally fast, the pace of the European companies tends to take a more deliberate approach which is adaptable to changes in the market.

As such, European companies increase slowly with time and in a sustainable way. Through the use of endurance in the creation of companies, Europe has gradually closed in on the rift between its market and that of the US. European nations thrive in different industries. Turkey, for example, thrives on wholesale and retail businesses and they have grown steadily over time. The same goes for Poland, Lithuania, Romania, and Bulgaria. Belgium, on the other hand, thrives on finance-related businesses, as is the case with Denmark, Slovenia, Switzerland, and Luxembourg.

Why has the European startup market caught up with that of the US?

One way to excel in business is to look at the challenges which your market faces and to come up with approaches to deal with such hurdles, something which the European market has done. Europe comprises of fifty countries, each with its culture, regulations, language, and target market. As such, what works for one country may not necessarily work for another. In the case of the US, there are fifty states with one language, a shared history, and open borders and thus products generated in one US state could efficiently work for another.

In the US, a product generated in one state could quickly reach the national population in the ranges of three hundred million people, unlike the case of a product in one European nation. As such, entrepreneurs have had to seek ways in which they can appeal to clients across borders. They do this by using translation skills, finding other marketing strategies and looking into the legislation of different countries. Though these activities are time-consuming, they pay off by enabling companies to have more reach. 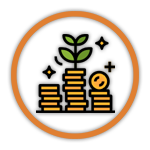 The US startup market has a focus on growth and entrepreneurs go to great lengths to ensure that their companies grow at fast rates. When left unchecked, this growth can end up costing much more than what it can give back to the entrepreneur, thus leading to the failure of the venture. Many startups have gone down this road such as Clinkle which had a fateful end, owing to a fast growth rate.

In Europe, the focus is more on what investors can get out of the business as opposed to how fast it can grow. This approach enables entrepreneurs to build their businesses sustainably such that they can expand their operations over time and at reasonable costs, thus avoiding situations where companies go down. 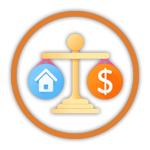 A quick look at employees in startup companies in the US will show that they tend to be very hard-working. Though this works well for the businesses in question, it comes with a downside of burning out. An employee who is at work for several months a year, working on many projects and with little time to relax will finally have a break which will adversely affect their productivity. With unmotivated employees behind the growth of a company, a business is highly likely to suffer the effects.

In Europe, there is an emphasis on paid vacation which ensures that employees have time to break and relax before coming back to work with renewed energy levels. As such, one can comfortably state that the main reason why the European startup industry is catching up with that of the US is that the former focuses on sustainability while the latter has an emphasis on growth.

The differences between European startups and those in other countries have proven to be beneficial to entrepreneurs. With a focus on sustainable growth and profitability, startups can increase their presence in the market, thus leading to a growth in Europe’s economy.

When it comes to coming up with a start-up, there is no clear way to do so. There are variations regarding the number of investors involved, the amount of money raised and the time taken between rounds. The factors influencing these variations depend on the industry in which a business operates, the target market, the investors and the business environment.

The stages followed include the idea stage, the seed stage, the growth phase, the later stage and the liquidity stage. The idea stage involves coming up with an idea as well as how to fund it. Founders can either support the project themselves or look for cash from family and friends. In the seed stage, further funds come into the picture where players such as angel investors come into play. The growth stage involves hiring personnel, looking at marketing strategies and developing a business plan. The later phase is where additional resources come in, and the liquidity stage refers to either an IPO or an acquisition.